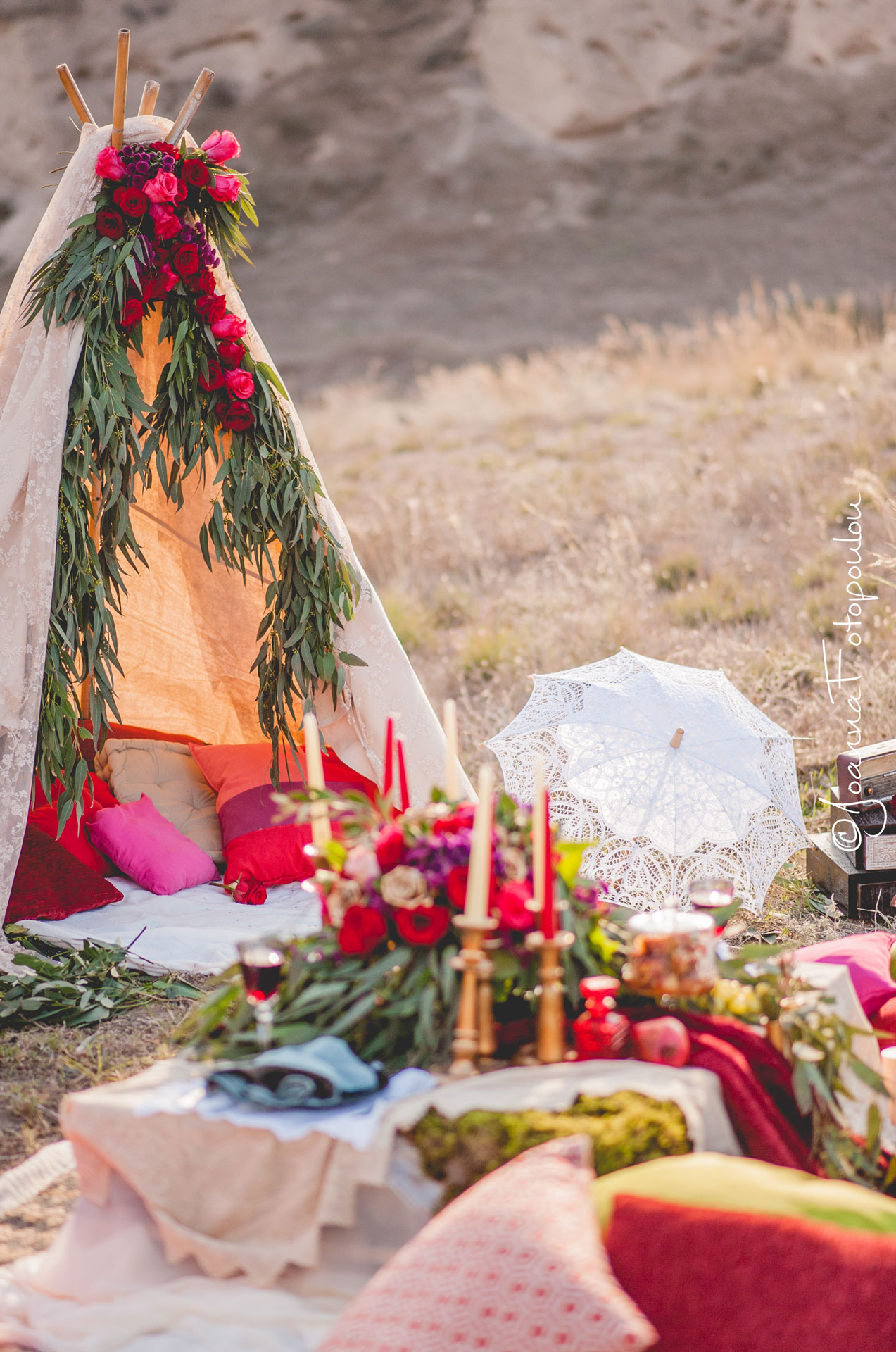 Santorini is Popular for the unique volcanic Caldera and Aegean Sea View, but if you explore the island to the south side you will not believe the wild beauty of this island. In our cooperation with Niovi K. we represent A boho decoration for your event. We choose the white sand cliffs in Vlychada and we set up an idyllic bohemian atmosphere. Finally, the result was unique.

But what mean ‘bohemian’: In modern usage, the term “Bohemian” is applied to people who live unconventional, usually artistic, lives. The adherents of the “Bloomsbury Group”, which formed around the Stephen sisters, Vanessa Bell and Virginia Woolf in the early 20th century, are among the best-known examples. The original “Bohemians” were travellers or refugees from central Europe (hence, the French bohémien, for “gypsy”).

Reflecting on the fashion style of “boho-chic” in the early years of the 21st century, the Sunday Times thought it ironic that “fashionable girls wore ruffly floral skirts in the hope of looking bohemian, nomadic, spirited and non-bourgeois”, whereas “gypsy girls themselves … are sexy and delightful precisely because they do not give a hoot for fashion”. By contrast, in the late 19th century and first half of the 20th, aspects of Bohemian fashion reflected the lifestyle itself.

Your message is successfully sent...

In order to offer a better navigation experience, we use cookies.

The website santoweddingsbymk.com belongs to the event planner Maria Sfakianaki based Athens. By accessing our site and its subpages, you agree to this Privacy Policy. If you do not agree with any of the following terms, it is forbidden to use or access our site.